In 2005, Larry Smith and I cofounded the popular home of six-word memoirs, a community storytelling project that has spawned a popular following, several books, a teens community, and several popular and acclaimed web comics.

Roles I led all development and design, building out the editorial site, customizing the community code, and building a custom administrative backend tailored for our workflow.

SMITH has published 7 books to date, including the people-powered Not Quite What I Was Planning (2008 NYT bestseller, also in expanded hardcover), Six-Word Memoirs on Love & Heartbreak (2009), I Can’t Keep My Own Secrets (2009), It All Changed in an Instant (2010), and the graphic novels Shooting War and A.D.: After the Deluge. 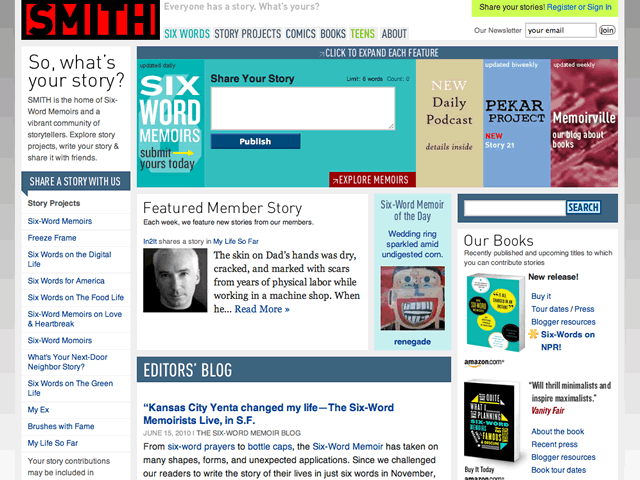 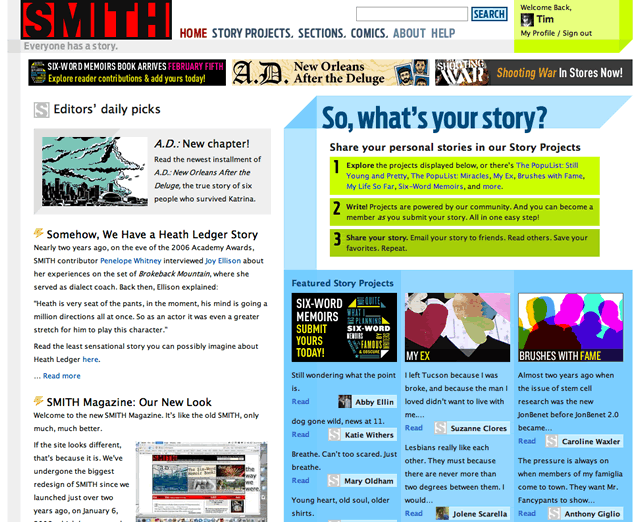 I was responsible for all design and programming on SMITH until early 2009, completing two major redesigns and overseeing the creation of the SMITH community, programmed by Ben Brown and XOXCO.

SMITH was challenging, as it tries to blend authoritative editorial with community voices. To compound the issue, when six-word memoirs blew up, the site started attracting a much wider demographic than the 30-something urbanites we started with. The redesign had to account for these new visitors, many of whom were much older or younger, and less Web-savvy than us.

Our solution was tight editorial control on primary landing pages, but loose control on interior pages so the community could do its thing. The homepage features story projects navigation as a straightforward list on the left, under a paragraph welcoming new visitors. Tabbed navigation includes both “story projects” and “six-word” projects. Although they are the same, the popularity of six-word memoirs, forced us to denormalize to make navigation easier for new visitors.

A jQuery-powered accordion (not animated) contained featured content, which could include story projects, comics, or articles. I built the accordion to accommodate HTML, interactive forms, or more complex comic widgets that showed thumbnails of recent chapters.

Early on, while searching for stories to feature on SMITH, Larry talked with a colleague developing a web comic, and we decided to publish it on SMITH. The result was 2007’s acclaimed Shooting War, which garnered accolades from Boing Boing, Rolling Stone, USA Today, Wired, Huffington Post, Wall Street Journal, Newsweek, The LA Times, among others.

Shooting War’s success and eventually publishing as a graphic novel (Grand Central, 2008), led to our next project, A.D.: After the Deluge, which followed real-life survivors of Hurricane Katrina. A.D. was published as a graphic novel by Pantheon in 2009.

I created a custom theme in Wordpress for handling comics. Since we were publishing in installments, it made sense to publish each chapter as a post, divided into pages, or panels. This way, we could group comments together on a chapter. I re-coded the previous and next page functions to link chapter pages together into a seamless flow. In this way, simply clicking on the panel images would advance you through the story, without interrupting your reading experience.

The benefit of working with Wordpress is that we were able to easily build out the comic’s website as needed, adding pages for press, downloads, news, author blogs, etc. 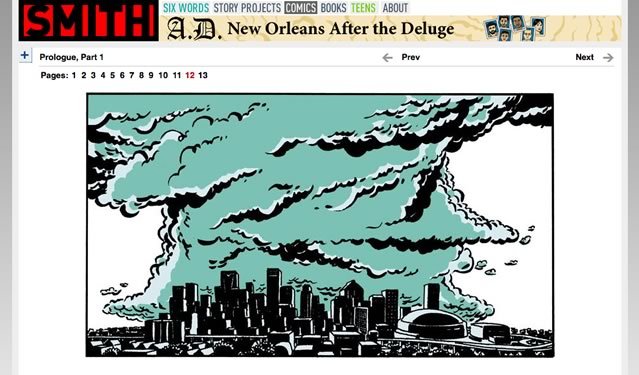 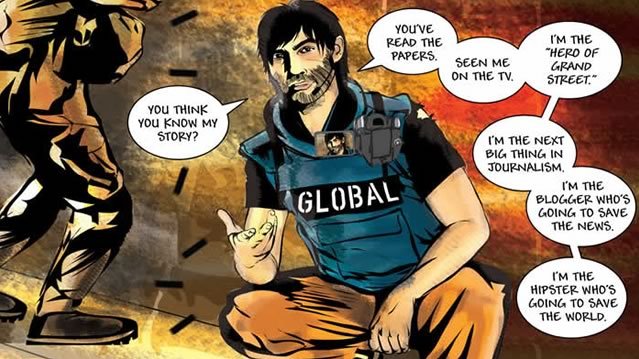 For the first book launch, I created a short 3-minute video that combined memoirs from the book with Flickr photos in a simple slideshow set to music. It was a big hit, and we created a second one for Love & Heartbreak. The videos were especially useful in selling a yet-unknown title to book sellers and helped fill out the books’ Amazon pages.